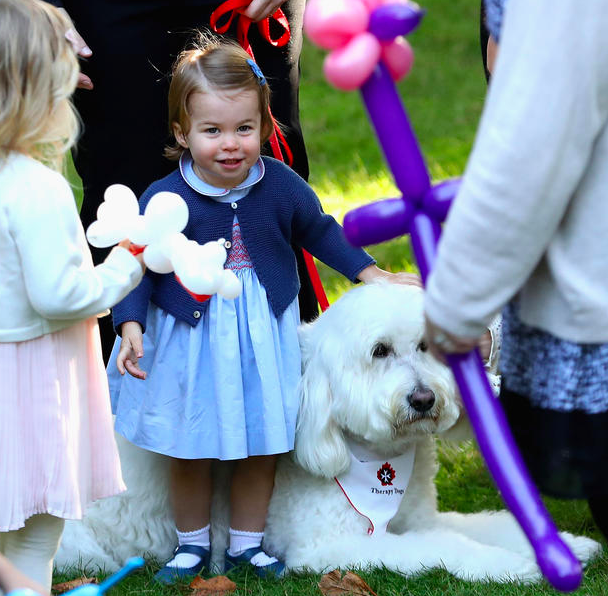 Princess Charlotte was heard saying a few words in public!

The super-cute Princess Charlotte and her brother Prince George were both playing at a children’s party in Canada with parents Prince William and Kate Middleton.

While playing, Princess Charlotte was overheard saying, “pop pop” and even called Prince William “Dada”. Those are her first words in public, we have never heard her say anything before!

Princess Charlotte was also spotted wearing a blue Amaia cardigan, and what made it special was that her three-year old brother wore that same sweater to meet her at the hospital back in 2005. They are both just so adorable!

Prince William’s family are in Canada for the Royal Canadian Tour, and the children are staying behind at Victoria’s Government House, the location for the party with military families.