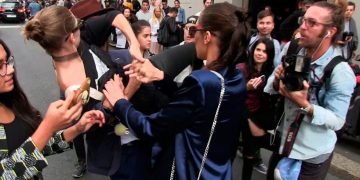 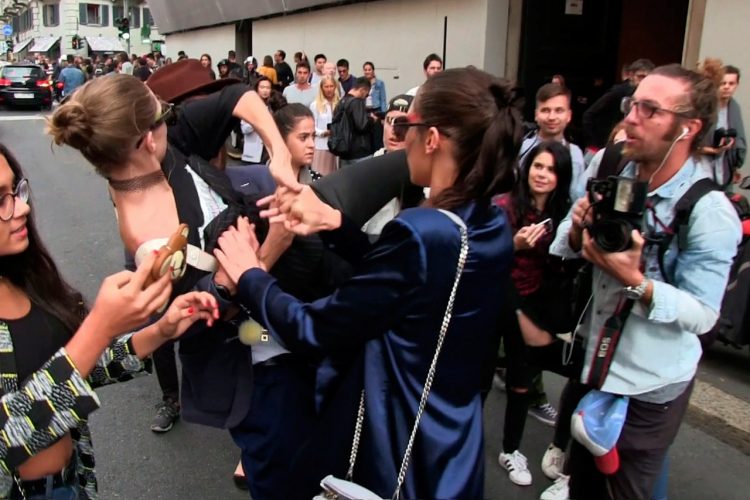 The world and the people in it are becoming tooo cray!

Last Thurday, Gigi Hadid was manhandled by a notorious creep in Milan–and it was caught on video. She was leaving Max Mara’s fashion show with sister Bella when he grabbed her from behind and lifted her off the ground. Bella scrambles to free her sis, while Gigi gives the guy an elbow. While the supermodel sure knows how to handle herself, why weren’t the bodyguards attentive enough, though? She hired them for a reason. The creep, a former Ukrainian television reporter, Vitalii Sediuk is known for his weird behaviour. He has pulled similar stunts with Brad Pitt, Will Smith and he had also tried to crash the Grammy Awards.

Is it just us or we think her bodyguard shouldn’t have stopped Gigi? That guy should receive a slap on the face–with a spiked ball.