IS Declares War On Malaysia & Singapore In Chilling Footage 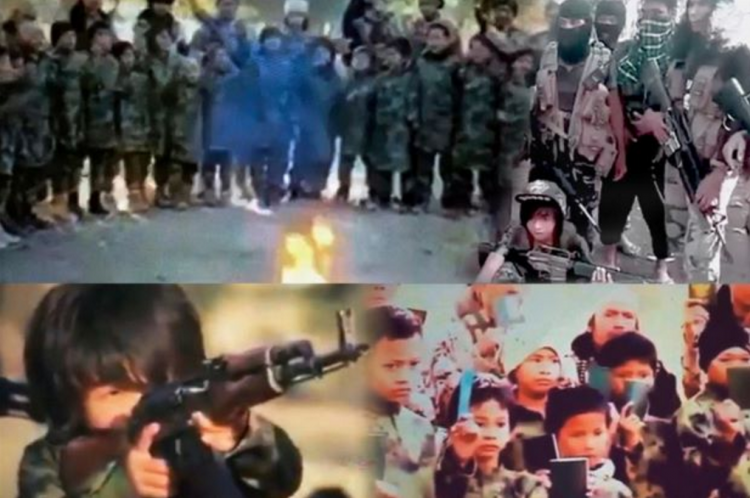 In one of the latest video clips released by IS, a gun-toting adult, children and a teen cradling an AK-47 assault rifle is seen. The man talks in a mix of Bahasa Malaysia and Arabic, then thanks Allah for “easing our journey and jihad” and for appointing them as “soldiers of Tawhid”.

He called out to the authorities of the archipelago, mainly in Malaysia and Indonesia. “Know this … we are no longer your citizens, and have liberated ourselves from you,” he said as the camera panned to show a goateed man nearby holding another Malaysian passport.

“With His permission and His assistance, we will come to you with a military force that you cannot overcome. This is Allah’s promise to us,” he said. He also referred to the toppling of governments and leaders who did not follow Islamic principles to make way for the supremacy of Islam.

He threw his passport into the middle of the circle, and the children followed suit. They uttered Bismillah before lighting up white paper and setting the documents on fire before making loud cheers.

Weeks before the grenade attack at Movida Puchong last week, the Malaysian arm of the Islamic State also released videos warning of attacks in Malaysia, Indonesia and the Philippines.