New Song By The FLOTUS Is About Women Empowerment 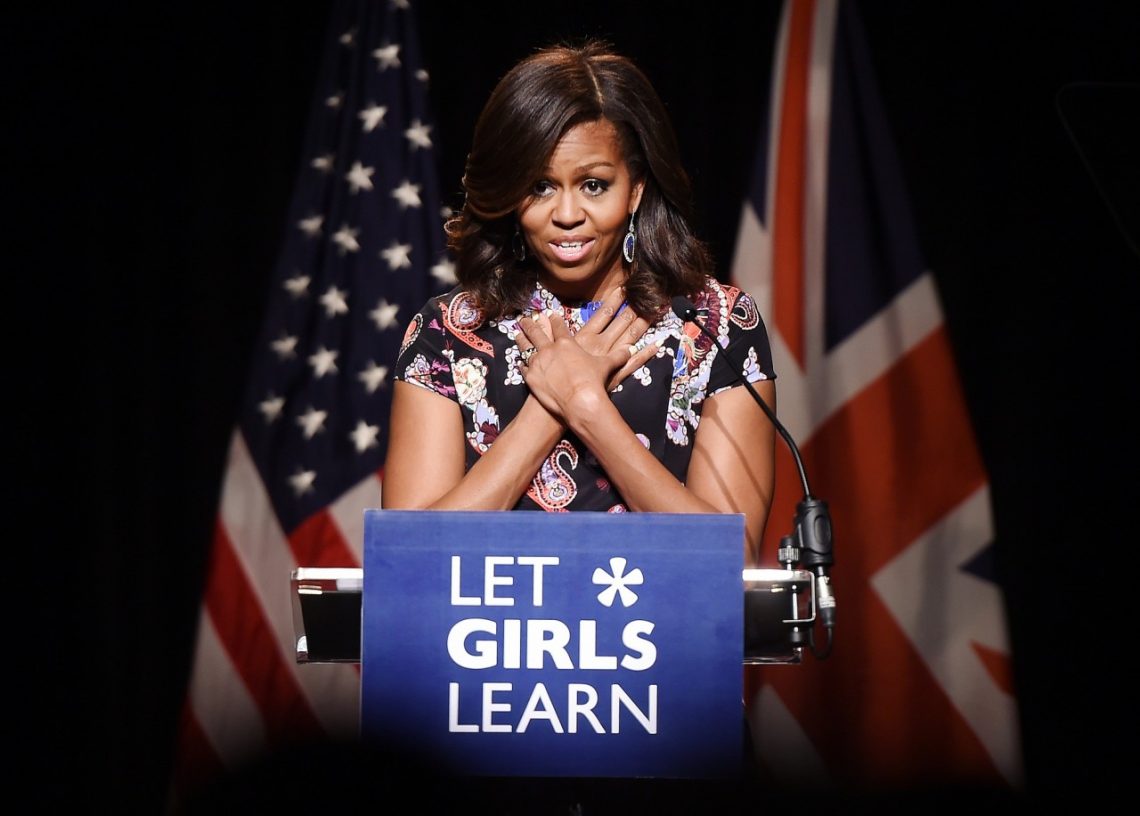 Share on FacebookShare on Twitter
Michelle Obama has always been very passionate about women empowerment and education. She constantly talks about them in her speeches, interviews, and hey, she even rapped about it!
The FLOTUS has yet another trick up her sleeve; she recently worked with A-listers like Missy Elliot, Janelle Monae, Zendaya, Kelly Rowland, Kelly Clarkson and Lea Michelle to produce a power-anthem for women. This Is For My Girls is written by Grammy winner Diane Warren, with elements of women empowerment prevalent in the lyrics.
We hear words like “This is for my girls, all around the world / Stand up, pull your head up / Don’t take nothing from nobody…” The rest of the lyrics echo that “girls rock” attitude, calling on women to stay true to themselves and remain strong.” Towards the end of the chorus, Missy Elliot enters with a fierce rap.
The track is executive produced by AOL MAKERS and MAKERS.com, an online platform that tells women’s stories through video. The song itself is inspired by Let Girls Learn, Mrs. Obama’s own initiative, in which she collaborates with Peace Corps to empower local communities to get their young women into a classroom.
Michelle Obama seem to know just the right way to get the younger generation’s attention, getting iconic female pop stars that young girls look up to and admire to sing a song, as opposed to the conventional workshops and campaigns.
[Source]
Tags: Janelle MonáeKelly ClarksonKelly RowlandLea MichelleZendaya
Share1Tweet1Send