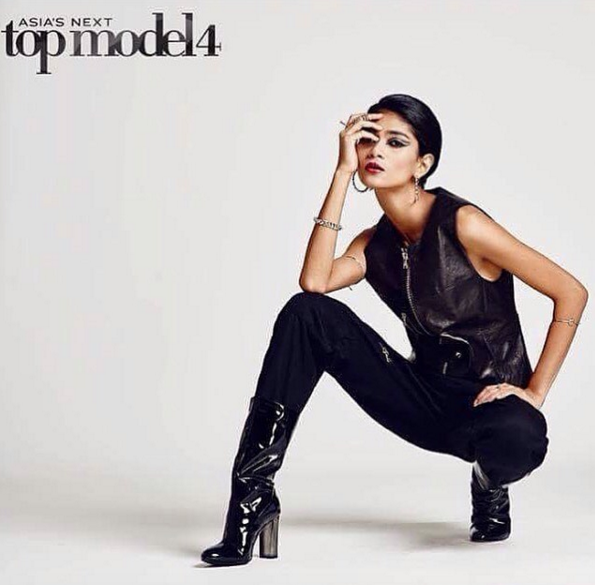 Nooraini Mohd Noor, as known as Tuti, is one of Malaysia’s most popular models, and recently, she’s made Malaysia proud once again by being the first Malay woman to participate in the modelling-based TV show, Asia’s Next Top Model. She’s made her way into the 4th cycle of the show.

However, some Malaysians aren’t too fond of the model’s participation in the competition. The comments shared online are disrespectful, harsh and very rude. Netizens have claimed that she is tarnishing the good name of Muslims, and some of them even exclaimed that Muslims are supposed to be banned from entering such competitions where the contestants are required to expose their bodies.

Regardless of those mean comments, she is still being supported by plenty of fans around the globe. We’re counting on you too, Tuti! 😀

Previously, Tuti has participated in and won the X Top Model Search Malaysia 2012, and she’s also the winner of X Walk. You can find her via Facebook as well as Instagram.

Asia’s Next Top Model Cycle 4 (AsNTM) will be premiering 9 March 2016 at 9pm on Star World and Star World HD (ASTRO Channels 711 and 722). 14 women across Asia have been selected and the contestants will be helmed by brand new judges: Cindy Bishop (host), Kelly Tandiono (mentor) and Yu Tsai (creative director).