When Natalie Warne was 17 (now 21), she learned about the Invisible Children Project — a campaign to rescue Ugandan children from Joseph Kony’s child armies. These child soldiers are children who are abducted as young as the age of seven, given AK47s and forced to kill, not just anyone but sometimes their own parents or siblings  in the 25 year long Ugandan war that was not political or religiously motivated.

Natalie said that when she first heard of it, she was conflicted. She didn’t know if what she was feeling was rage, pity or guilt because it was the first time she was hearing about it as a 17 year old.

She asked herself what could she do, what could a 17 year old girl do and so she went to the filmmakers of the Invisible Children and they told her that there was a bill which if they could get it passed would do two things.

Firstly, it would apprehend Joseph Kony, the top commander in the rebel army his LRA, the Lord’s Resistance Army. Secondly, it would provide funding for recovery for the regions affected by 25 years of war. Along with 9 other 18 to 20 year olds, they began the Anonymous Extraordinaries movement where each one of them would create rallies of hundreds of people in a hundred cities worldwide until a political figure or celebrity could step in and use their voices for these child soldiers.

Anonymous Extraordinaries are people who work selflessly and vigorously for what they believe in. People who are motivated by conviction and not recognition.

She spent 1,150 hours getting permits, rallying up participants and finding venues.

She was rejected 460 times by celebrities, agents and company secretaries.

At this point, you may wonder what craziness inspired Natalie to continue on with her fight to end the longest running war in Afghan. She was in charge of Chicago and 9 other cities. She suggested that they try to get on Oprah, everyone else called her crazy but she said, “If we’re going big, we might as well go all the way.”

And so Natalie along with her Invisible Children team and a group of 2000 Anonymous Extraordinaries gathered in front of Oprah’s studio and requested to talk to her for a minute. The latter obliged and 10 days after they appeared on Oprah, the bill was reintroduced into Congress. A year later it got 260 unanimous co-sponsors in Congress and a week later, President Obama signed it into law and approved the sending military advisors to aid the Ugandan army in the search for Kony.

So if you think that you’re helpless without a voice, think of Natalie Warne and how a little spark of care drove one girl on a mission to save an entire Afghan region who has suffered for 25 years.

Natalie made the movement personal to her, in fact she went to Africa and met first hand the people who had been in this conflict all their life. She goes on to say that it doesn’t matter what your dream is as long as you chase it with all that you’ve got not because of the fame or the fortune but solely because that’s what you believe in. Natalie now works as a film editor in Los Angeles.

Essentially this is what that’s going to define our generation when we start chasing after the things that we love and what we fight for. We should remind ourselves to be extraordinary every single day because deep inside you, there’s a woman waiting to make a difference.

Watch the latest film by Invisible Children titled Kony which aims to make Joseph Kony famous not to celebrate him but to raise support for his arrest and set a precedent for international justice.

To find out more about the Invisible Children project or to pledge your support, visit www.invisiblechildren.com. 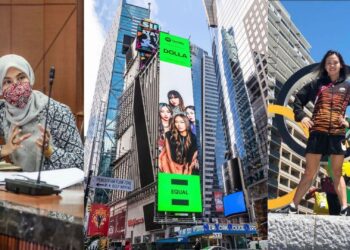 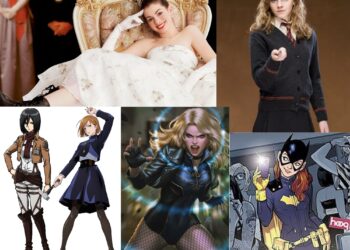 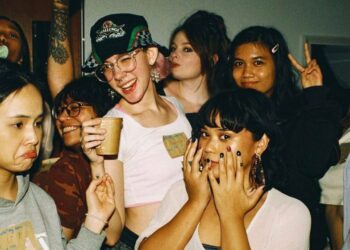