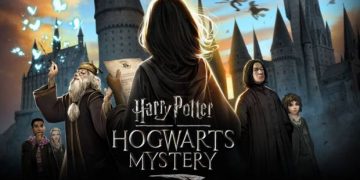 The game has been developed by JamCity, Inc. and will launch under Portkey Games, a new label dedicated to creating experiences inspired by the magic and adventures of J.K. Rowling’s Wizarding World. Mobile gamers can create their own characters and experience life as a Hogwarts student. You can even attend classes, make friends and learn magic.

There is no news if Harry, Ron and Hermione will feature in the game, as the developers say it is set in the time between Harry Potter’s birth and his enrolment at the magical school of Hogwarts, when Nymphadora Tonks and Bill Weasley were students. So basically, it’s a bit more like the earlier movie games, which let you dive in and around the various areas of one of the most famous schools in fantasy fiction, instead of the “Harry Potter Go” game which played more like going to locations around the world to collect power-ups.