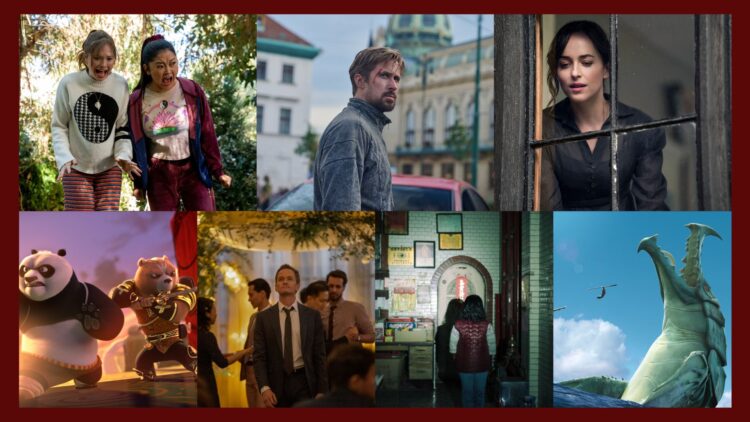 July is here, which means Netflix is ready to spring a slew of new releases for the next 30 days. And what a lineup viewers are in for! So get ready for your next binge-watching session, with popcorn at arms’ length, because the new shows in store for you are GRIPPING! Stream on!

Divided by distance, but ever determined, our scattered friends face a frightening future. But it’s only the beginning. The beginning of the end.

Hello, Goodbye and Everything In Between
(Premieres 6th July 2022)

Clare (Talia Ryder) and Aidan (Jordan Fisher), who had agreed to end their relationship before Aidan started college, spent their last night together going on an unforgettable date. They move closer to a tipping point as they journey back over their relationship’s history, from their first hello and kiss to their first fight, seeking guidance on whether they should stay together or part ways permanently. Based on the best-selling novel by Jennifer E. Smith, Hello, Goodbye, and Everything in Between is a lovely romantic comedy from the creators of the successful To All the Boys series.

A high school senior who has spent her life quietly seizes the chance to change her story and begin living an extraordinary life over the course of one night, only to discover the following morning that she is actually a ghost.

Six years ago, Lee Jo-nan was cursed after breaking a religious taboo. Now, she must protect her daughter from the consequences of her actions. Helmed by Kevin Ko, this story of a mother trying to save her child from a deadly curse has earned TW$170M (US$5.7M) and counting, making it 2022’s highest-grossing movie to date at the Taiwan box office.

Jacob Holland, a renowned sea monster hunter who is adored by all for his valiant deeds, is the subject of the movie. When a young girl named Maisie Brumble sneaks aboard Holland’s ship and develops an unexpected connection with a terrible sea monster, Holland’s world is turned upside down.

Join Po once more on a brand-new quest to save the world. Po, a once-famous Chinese warrior, must restore his reputation and work with an English knight by the name of the Wandering Blade who has travelled from England in order to enlist Po’s assistance in stopping two legendary weasels.

Years after a viral outbreak caused a global apocalypse, Jade Wesker vows to bring down those responsible while fighting to survive against the Infected.

Jane Austen’s humorous love story Persuasion centres on the passion between Anne Elliot and Frederick Wentworth. Anne loses her youthful happiness after Lady Russell and her family convince her to reject Wentworth. Eight years after Anne Elliot was persuaded not to marry a dashing man of humble origins, they meet again. Of course, there will always be a third wheel looking for his chance. Will she seize her second chance at true love?

After the death of her husband, a mother of two wants to remarry and has returned to the dating scene. Her daughters, meanwhile, are opposed to the idea of marriage and prefer to live life more slowly. With her daughter in competition, the mother begins her search on dating apps. Enjoy the adventure of discovering a new love in this mother-daughter relationship.

When a shadowy CIA agent uncovers damning agency secrets, he’s hunted across the globe by a sociopathic rogue operative who’s put a bounty on his head. Watch Ryan Gosling vs. Chris Evans in the first clip from the upcoming action blockbuster.

The romantic comedy-drama Uncoupled stars Neil Patrick Harris as Michael, a married guy from Manhattan who felt his life was ideal until his husband of 17 years unexpectedly leaves the house.

More on Netflix? Read this: