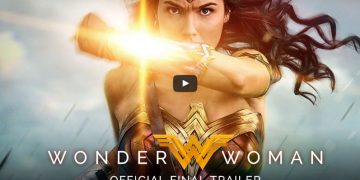 We’ve seen a stream of Wonder Woman teasers and clips. And now, the highly-anticipated movie’s newest trailer promises to be the last promotional material before it hits theatres on June 2nd.

The final trailer, debuted during the MTV Movie & TV Awards, follows Gal Gadot‘s character Diana as she crosses over from the land of Themyscira to our world, reclaiming her famed whip and shield along the way.

Stepping into our world, Diana finds herself in World War I, meeting up with American pilot Chris Pine and stepping into battle in France. We’re still about a month away from Wonder Woman’s  premiere and we’re already anticipating Gal Gadot’s bad-ass moves set in the 1910s.