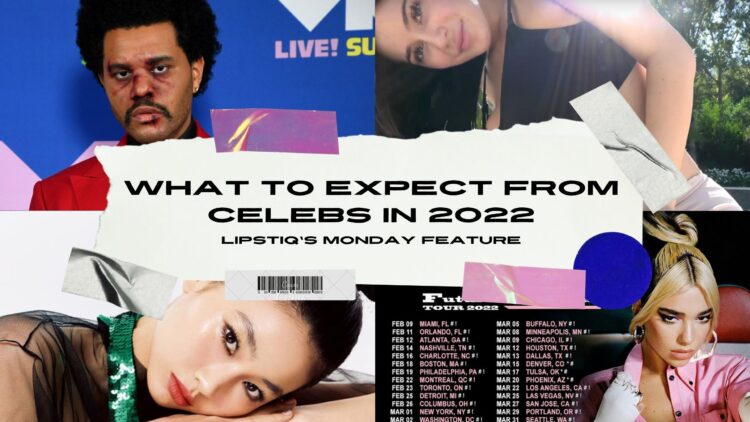 Wanna stay ahead of the curve? We’ve made it easier for you by compiling a list of 8 celeb moments to expect in 2022 that will be making headlines when it happens everywhere next year.

Kylie and Travis haven’t revealed their due date publicly, but Kylie said in August she was “a few months along.” And considering it’s only a few days till the new year, Kylie will most probably welcome her new addition in early 2022. The baby’s gender is also kept as a surprise, but we’ll definitely update ya on that 😉

Alia Bhatt has signed up with William Morris Endeavour (WME), an American talent agency, to pursue her career in the West. It is rumoured that Alia plans to announce her collaboration with a Hollywood studio in early 2022, and is in talks to finalise the deal currently. We are looking forward to her Hollywood debut!

The most recent Super Bowl performer said in October that his fifth studio album was essentially finished, and that it was inspired by artists ranging from Britney Spears to Nas. It’s gonna blow everyone’s minds, and that’s for sure.

Dua Lipa announced her highly-anticipated North American Future Nostalgia tour for 2022 back in September.  The arena tour makes 28 stops across the US, including Dua’s first ever headline show at Madison Square Garden in New York City and the iconic Forum in Los Angeles. The Future Nostalgia Tour will also feature support from Caroline Polachek and Lolo Zouaï, with Megan Thee Stallion joining on select dates.

Jung Ho-yeon’s debut role as Kang Sae-byeok in Squid Game has sent her stratospheric, with her becoming the most followed Korean actress on Instagram. And with Louis Vuitton announcing the 27-year-old as their global ambassador, expect her to be majorly in demand in 2022.

The couple are already wedding planning, as they wish to get married sooner rather than later. So, can we expect a grand a*s wedding? Yes, it’s a Kardashian’s wedding after all.

Austin Butler beat out stars like Harry Styles and Ansel Elgort to be chosen to play the King himself, Elvis Presley, in Baz Luhrmann’s upcoming biopic Elvis. The 30-year-old, who has previously starred in Switched At Birth and Once Upon A Time In Hollywood, will star alongside Tom Hanks in the film, and the high-profile nature of the biopic looks set to thrust Butler into superstardom.

Back in May, Charli XCX revealed that she and Rina Sawayama have discussed making new music together. And just a few days ago, the singer shared a snippet of new music and teased her upcoming Rina Sawayama collaboration in a new Instagram post. Get ready, cause the electropop queens are coming.