Whoa, This Malaysian Actress Landed A Role In The US Hit Series Gotham 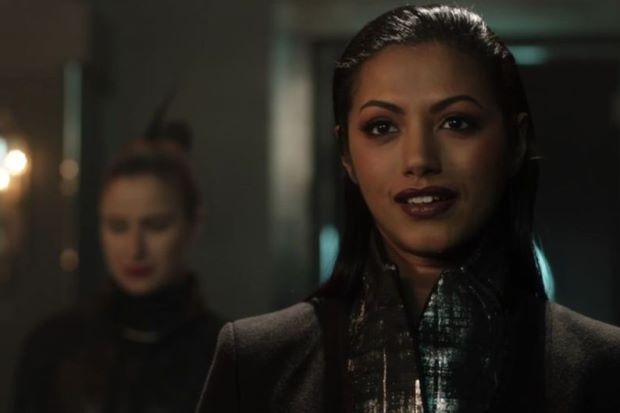 You may not have heard of her, but you’ll never overlook her name again. Kuala Lumpur-born Shiva Kalaiselvan is not just an ordinary beauty living in New York. In fact, she just landed a role as recurring character Lelia on the hit American television series Gotham.

Now in its fourth season, Kalaiselvan first debuted on March 29 in the Gotham episode A Dark Knight: One of my Three Soups. In an e-mail interview, she said, “I’m the leader of the female contingent of the League of Shadows. Rules and loyalty are big for her. She is someone that holds true to the teachings of the League and stands by them no matter what.”

When asked about her achievement, the humble 34-year-old talent mentioned, “I don’t exactly know what I would call the feeling. It’s more than happy or joyous. You dream of opportunities like this in this business, and you have an idea of what it is going to be like when you get it. But it’s more than that. I couldn’t have imagined this experience.”

Prior to her acting debut on Gotham, Kalaiselvan appeared in a handful of local theatre plays in Malaysia, including Malaysian Girls, Indicinelive IV and After Juliet. Congratulations, girl! We’re so proud. You may also follow her on Instagram here.