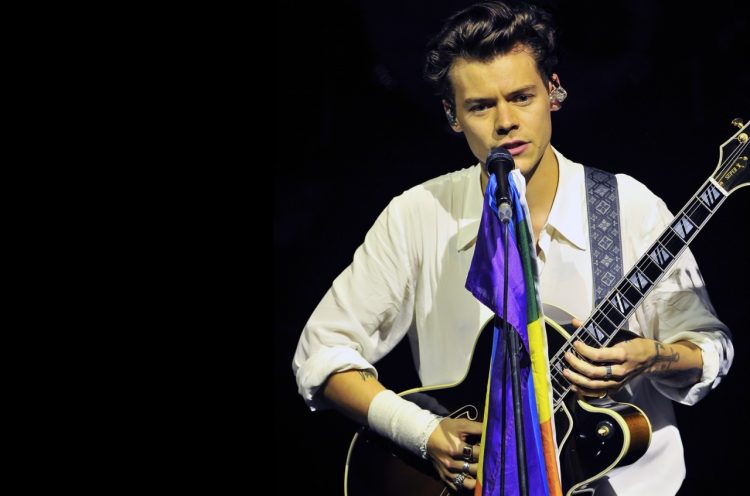 Yesterday in Paris, Harry Styles performed one of two new songs meant to premier during the European leg of his tour — and it sure sounds like his coming-out anthem.

The lyrics to his “Medicine” details romps and “messing around” with all genders, which immediately sent fans into a tizzy on Twitter, as they seemingly confirm his long-rumoured bisexuality.

The boys and the girls are here

I mess around with them,

and I’m okay with it

I’m coming down, I figured out I kinda like it, and when I sleep I’m gonna dream of how you tasted.

harry styles is out there writing bisexual anthems and wearing soft, feminine clothes and breaking gender roles i am proud to be his fan

Australian-South African singer-songwriter Troye Sivan who is best known for playing a young James Howlett, aka Logan, in X-Men Origins: Wolverine also took to Twitter to express his excitement on the news.

The lyrics of Medicine by @Harry_Styles have me 🤪😵🤑

There’s literally no heterosexual explanation for anything Harry Styles does.

Harry Styles is the gay icon of our generation. Don't fight me on this. pic.twitter.com/mVw5IMwAtX

The singer has opened up about his sexuality before, saying, “It’s weird for me – everyone should just be who they want to be. It’s tough to justify somebody having to answer to someone else about stuff like that.”

P/S: Not too long ago, Harry Styles has mentioned that his ultimate idol is gay icon David Bowie. And from these pictures, we’re pretty sure he has no trouble kissing people of the same gender.