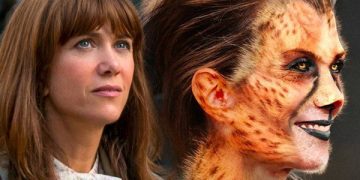 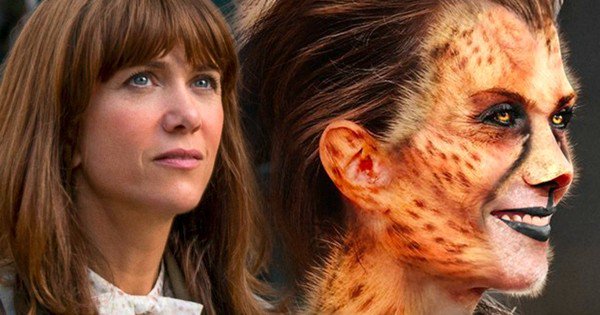 Wonder Woman has a new villain for its sequel. And, man, is she funny.

So excited to confirm the most thrilling news. Yes! It’s true! So incredibly lucky to welcome the sensationally talented Kristen Wiig to our Wonder Woman family. Can't wait to finally work with one of my favorites. And SO excited by what we have planned. #Cheetah!!! @GalGadot pic.twitter.com/Gn0jICiIAH

“So excited to confirm the most thrilling news,” she wrote on Twitter. “Yes! It’s true! So incredibly lucky to welcome the sensationally talented Kristen Wiig to our Wonder Woman family. Can’t wait to finally work with one of my favourites. And SO excited by what we have planned. #Cheetah!!!”

Leading lady Gal Gadot also took this chance to welcome Wiig to the stellar cast in a follow-up post and added, “This is going to be WONDERful.” See what she did there? Pun-tastic.

I’m SO excited welcome on board Kristen! This is going to be WONDERful! https://t.co/FqQ191m1s0

With the first Wonder Woman movie grossing over $800 million worldwide, both Gal Gadot and Jenkins, who each only had a one-movie deal, had the upper hand in negotiations for the next instalment of the story of the Amazonian princess.

Patty Jenkins reportedly became the highest-paid female filmmaker in history when she signed on to direct the sequel to the 2017 blockbuster.

Although the villain role is a far cry from her parts in films like Bridesmaids, Ghostbusters and Saturday Night Live, don’t forget that Kristen Wiig has also starred in serious-toned movies including The Martian, The Skeleton Twins, The Secret Life of Walter Mitty and Hateship Loveship — which shows just how wide her range actually is.

Kristen Wiig is officially set to play #Cheetah in Wonder Woman 2 with @gal_gadot! 🐆

Created by Wonder Woman mastermind William Moulton Marston back in 1943, Cheetah was originally a socialite named Priscilla Rich who had a split personality. Other versions include Deborah Domaine, another socialite and the niece of Priscilla Rich, and Barbara Ann Minerva, an archaeologist who becomes Cheetah after participating in a tribal ritual. No title has been announced for the film yet, which is scheduled to hit theatres sometime in late 2019.