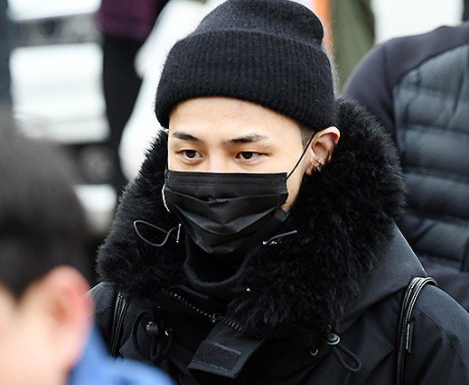 First and foremost, we apologise in advance for any inconvenience this article may cause to your fragile heart.

His last post on Instagram was uploaded two days ago, on 25th Feb, with a caption that simply said, “Untitled 2017”.

In case you missed it, South Korea requires all able-bodied men to fulfil military duty for around two years — regardless of your social status.

The leader and main songwriter of boy band Big Bang will begin his five-week basic Army training session in Cheorwon, Gangwon Province, where he will be assigned to an army unit to serve out the rest of his mandatory duty.

“G-Dragon wants to begin his military service quietly,” an YG Entertainment representative said, adding that there will be no press availability or a farewell event for fans — who did not take it well and expressed their devastation on Twitter.

Sending love to my brother @IBGDRGN who has to join the army in South Korea now.
Keep it up buddy and see you soon
!! pic.twitter.com/7eE4AqlfS4

G-Dragon, whose real name is Kwon Ji-yong, is the second of the five Big Bang members to join the military. T.O.P, the band’s main rapper, is currently carrying out his mandatory duty as a public service worker at Yongsan-gu Ward Office, after the marijuana incident.