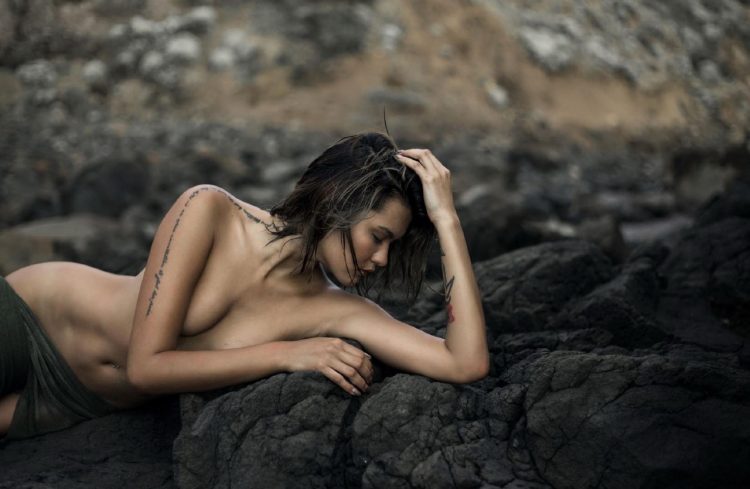 Naturally, she faced a slew of backlash from Malaysian netizens, some even pulling the restrictions of her religion into the picture.

The 22-year-old model has responded to the criticism earlier via Twitter, but she’s said something once more and couldn’t have put it into a better perspective.

The model, whose real name is Raja Alicia Raja Amin, said, “Since I was 16-years-old, I have been faced with such situations when fighting for women’s rights as well as my personal views.

“Sometimes the industry expects perfection, but we must be brave in taking the first step. Because of that, I always want to do the best with what I have,” she told mStar.

Due to popular demand, I'm coming back to Melbourne in September/October. . . .I miss adventure times with @kxnwn (the photographer who took this photo) and the other amazing talents of melbourne like @harditya @jacksonloria @s.wei_ @annniebui @oakandink @julianlallo & crew. Check them out ~

The Meh Sandar Lagi actress who is of a Malay-German descent added, “I hope that netizens find the good qualities of a person and not only finding fault.”

“Finding fault with others will not make them happier. I know that my views may not be the same as other people.

“But I believe we live in a country that upholds our rights to accept all cultures, races, religions and to live happily with one another,” she mentioned.

You do your own thing, girl!