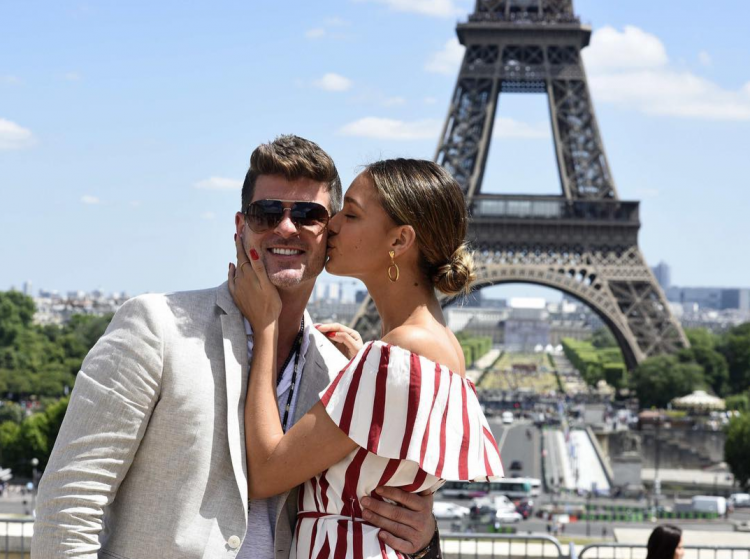 Robin Thicke is already a dad to 7-year-old Julian Thicke, whose mom is his ex Paula Patton, and guess what? He’s going to be a dad again! This time, with his girlfriend of over two years, April Love Geary who is only aged 22.

According to an Instagram post, the model is three months along and the couple are expecting a little girl. She writes, “Robin and I are very excited to share with you all that we’re having a baby!”

Robin and I are very excited to share with you all that we're having a baby! The due date is March 1st, Alan's birthday! ❤️

The baby’s due date also coincides with Robin’s dad Alan Thicke’s 71st birthday. She adds, “The due date is March 1st, Alan’s birthday!”

Robin’s dad Alan died suddenly in December 2016 after going through a heart attack during a game of hockey with his son Carter Thicke.

Robin, 40, and April went public with their relationship in May 2015 in Cannes. Congratulations!