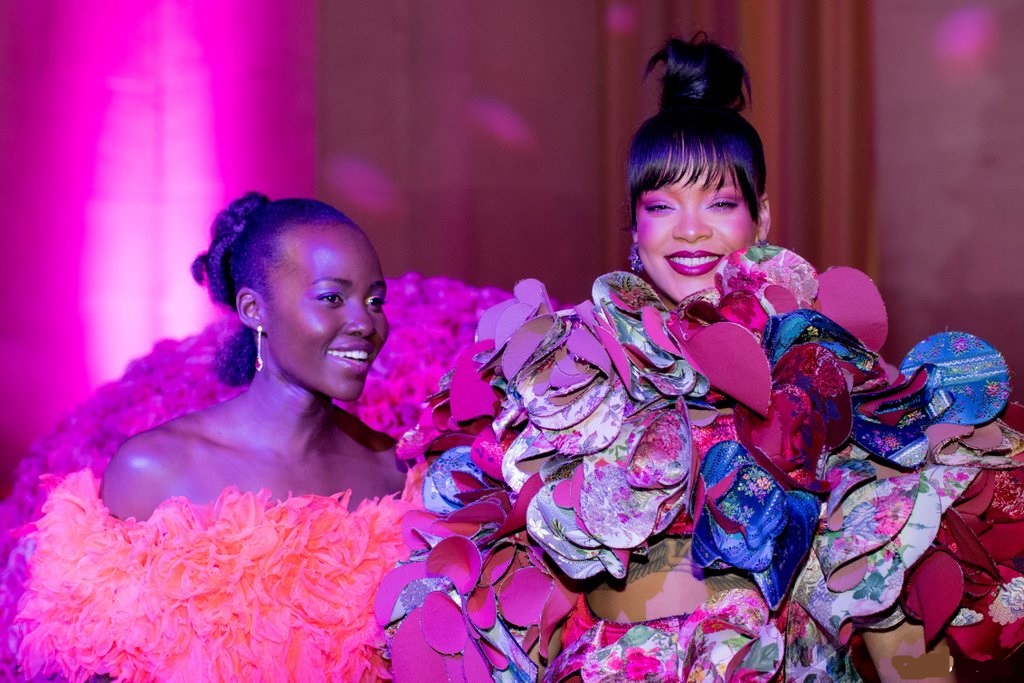 Cue the goosebumps! After a dramatic negotiation session at the recent Cannes Film Festival, Netflix has nabbed the biggest film project of the decade, pairing RnB powerhouse, Rihanna with Oscar winner, Lupita Nyong’o, in a concept which began as a Twitter sensation.

According to sources, Netflix landed the project in a very aggressive bid, beating out multiple other outlets that were equally interested to participate. The TV network has yet to release any comments on the new venture.

The project began as an online meme when the photo above, a shot that was taken in 2014 of the two superstars in front row seats at Miu Miu fashion show, went viral, prompting calls from fans all over the world to turn it into a movie.

Twitter users went so far as to ask for Ava DuVernay (who is in post-production on A Wrinkle in Time for Disney) to direct, with Issa Rae (whose second season of HBO’s Insecure will debut on July 23) to write. Soon after, all four women pledged their support for the incredibly exciting venture on social media.

This looks like the end of that Rihanna x Lupita scammer movie and im so into it 😭👏👏👏 pic.twitter.com/PQTA4keykH

Since then, the buzz has immensely intensified, with some fans creating a concept of ‘scammer story’ they envisioned, with Rihanna playing a badass woman who cons white men, while her brilliant co-conspirator, Lupita Nyong’o, orchestrates the heists.

Making things more interesting, Rihanna’s ensemble on Cannes’ red carpet sparked inspiration from her fans, suggesting that it looks perfect for the ending of the speculated ‘scammer movie’.

We’ve also learned that Issa Rae is already working on the script and the studio is eyeing a production start of 2018 after Ava DuVernay completes her current film.

Although it’s unclear how faithful she will remain to the crowd-sourced concept, the writer’s representatives revealed that the original Twitter users who imagined the concept for this film will be credited and included in some form.