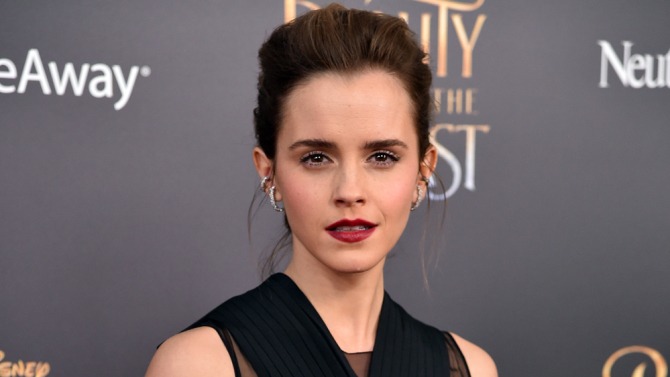 Beauty and the Beast actress Emma Watson is planning legal action over private photos said to have been stolen and leaked online.

E! News reported on Wednesday that photos from a clothes fitting Emma had with a stylist a couple of years ago have been stolen. Sources state that they are not nude photographs.

“Lawyers have been instructed and we are not commenting further,” the rep added. Private photos of the actress and other pictures of female celebs have been circulating online in recent hours. The authenticity of the photos remain unclear.

News of Emma Watson’s stolen private photos comes two days before the International release of Beauty and the Beast and around 2 weeks after Vanity Fair released a photo spread of Watson that includes a picture of her posing in a revealing bolero that showed her underboob.

The photo drew criticism from people who said the image undermines the actress’ feminist ideals.

“Feminism is about giving women choice. Feminism is not a stick with which to beat other women with. It’s about freedom, it’s about liberation, it’s about equality,” Watson later told Reuters. “I really don’t know what my t-ts have to do with it. It’s very confusing.”

Even worse than seeing women's privacy violated on social media is reading the accompanying comments that show such a lack of empathy.

One of the hackers, a 29-year-old Illinois man, pleaded guilty to a single felony charge of unauthorized access to a protected computer. In January, he was sentenced to nine months in prison. In 2012, a man received a 10-year prison sentence for releasing private photos of Scarlett Johansson and Mila Kunis.

We just hope this issue gets solved as soon as possible, for the sake of privacy and decency.