This Video Of Jimmy Fallon And Amy Adams Singing Will Make You Laugh! 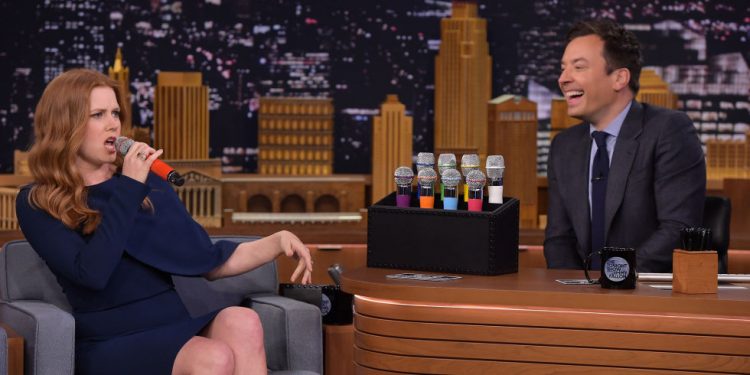 Feeling kinda down? Not really in the zone today? No worries, we’ve got just the thing to make you laugh! Chuckle, the least.

If you’ve watched Jimmy Fallon’s The Tonight Show, you’d be familiar with the skits and games that goes on. Recent guest on the talk show was Batman v Superman: Dawn of Justice actress, Amy Adams and boy, did both she and Jimmy have tons of fun…

The actress joined Fallon for a round of “Box of Microphones”, a sketch where they had both sang along to popular hit songs with different vocal sound effects according to the microphone that they chose.

Adams started off the game with a hilarious, low-pitched, weirdly sounding rendition of Rihanna’s “Work” and she squeezes in some signature body rolling. But what got us slapping our knees was Fallon’s take on Justin Bieber’s “Sorry” that would make Alvin and the Chipmunks mad..